Not in the obvious way 2020 felt, which felt like we flew through a decade of consumer behavioral changes in a mere ten months. And not even in the way that 2021 felt important, where the rollout of vaccines mixed with pent-up demand for everything we gave up in the pandemic caused us to travel, reconnect with friends and family, and spend, spend, spend.

But in some ways, 2022 feels sneakily more significant. Looking back, I think we’ll view 2022 as the year things settled into our “new hybrid normal.”

None of this is earth-shattering. But it wasn’t conventional wisdom at the start of the year.

That’s what we generally do as humans. We overemphasize the present and fail to contextualize the broader trends.

I lay out a handful of predictions at the start of every year, highlighting what I believe will transpire in the upcoming year (related to data-driven TV advertising). I will share my 2023 predictions in a couple of weeks. But first, let’s grade how I did at the start of 2022. I'm not exempt from the overemphasis of the present - but fortunately I got more predictions right than wrong in 2022.

Let’s review how I did.

In this prediction, I argued that TV sellers and distributors had long advocated for better collaboration amongst partners in the supply chain - and even rolled out a number of trials and pilots along the way. But very few of these pilot collaborations had achieved true scale through 2021.

In 2022, this started to change in a meaningful way. A significant number of premium TV sellers joined “Go Addressable,” leading data-driven TV seller Ampersand announced it would be working with Blockgraph to Bring Acxiom Data to TV advertising, and the foundations of many exciting data enablement partnerships were laid behind the scenes between publishers and distributors to facilitate cross-platform addressability and attribution more effectively.

While there is still a long way to go – and a shortening window – 2022 was a real year of progress achieved by more doing and less talking.

2022 was a big year for measurement innovation. Comscore, iSpot, Samba.TV VideoAmp all won deals to serve as currency alternatives. By increasing its match rate by 10X, Kantar became able to scale further its ability to measure brand outcomes for TV campaigns of all shapes and sizes, and the advancements in clean rooms began to unlock better outcomes-based measurement and planning capabilities.

All the talk about device fragmentation in the TV space misses the mark. After all, there are only a handful of devices that consumers watch the bulk of their premium video on - traditional tv devices (shrinking precipitously) and internet-connected TV devices (87% of US households have at least one).

What is fragmented is the number of apps and streaming services that consumers are getting their video through (no longer just MVPDs but rather an array of MVPDs/vMVPDs, AVoD/SVoD publisher apps, and FASTs).  Since each of these has a different authentication method and thus identity structure (via email, via billing name/address, or without authentication), it’s the identifiers and viewing/impression data that are fragmented, not the devices.

But with the Multi-System Operators (MVPDs/ISPs) having the ability to household data using privacy-centered methodologies and technologies, we’re seeing them begin to use their data and insights to solve viewing and impression fragmentation securely.

I expect more of this to continue in light of the continued emphasis on secure, privacy-compliant data use and the rising importance of first-party data relationships.

Companies risk massive fines and, even more importantly, risk losing the trust of their customers and audiences. With the advancement of state privacy laws, including the CPRA going into effect January 1st, companies simply must have their house in order as it pertains to both data security, confidentiality, and privacy compliance.

5. Programmatic will stop being a dirty word – Not yet.

As eyeballs shifted from cable to CTV-based viewing (vMVPDs, Apps, FASTs) of premium video content, dollars flowed into the CTV advertising ecosystem in 2022. And since many buyers equated CTV with ‘digital,’ many assumed that the same digital identity and data matching methodologies and transaction models would apply. But this hasn’t thus far been the case. Premium video supply remains scarce (only so many hours in the day) and is consumed largely at the household (not individual) level. As such, we’re still seeing some of the growing pains play out as sellers programmatically enable their TV/CTV supply and buyers adapt to the realities of programmatic TV/CTV buying.

I remain long-term bullish that the market will sort itself out. Algorithmic, automated, and data-driven (“programmatic”) buying is unquestionably the future. Pair this with AI/ML advancements that we’re seeing in the tech industry broadly (more to come on that in 2023 predictions), and one would be foolish to assume TV advertising won’t also be transacted in similar ways as digital (although with the appropriate nuances for the medium).

6. The term “connected home” will enter the industry lexicon – Half right.

As the ad industry grapples with the realities of Apple and Google’s privacy policy changes – including the cookie deprecation and further obfuscation of ad identifiers for targeting and measurement – leading distributors have embraced their role in using privacy-centered methodologies and identity technologies to help marketers and publishers thrive in a cookie-less world by ‘connecting the data dots’ of viewing, impressions, and outcomes for the activity that occurs in their connected households.  But the industry has not yet coined this term, so I’ll give myself partial credit here.

While 2022 may have felt like the age of great anxiety for many in the TV industry, it need not be. The future is bright, and TV advertising has a massive opportunity ahead of it – should it learn from its past.

Here’s to 2023 feeling like the year of the Phoenix for those in the TV industry.

“The purpose of thinking about the future is not to predict it but to raise people’s hopes." ‍-Freeman Dyson

“The purpose of thinking about the future is not to predict it but to raise people’s hopes." ‍-Freeman Dyson

With more data available than ever before, attention should be better monetized.

We are rapidly approaching a make-or-break moment for marketers. 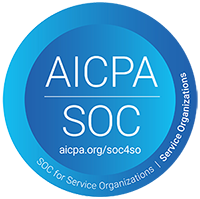